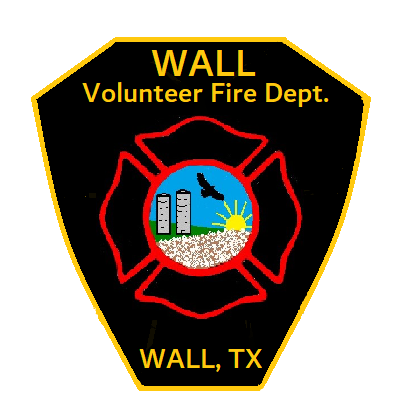 Wall VFD was first organized in 1968 when the growing community realized the need to form their own fire department. After a large number of the community met in Nov. of 1968, the Wall Volunteer Fire Department was formed. In early 1969, Tom Green Co. purchased & provided a 1969 Chevrolet 1000-gallon combination pumper/brush truck to the department. The tank is still in use today. In July, 1969 Wall VFD was requested to assist Irion Co. with a grass fire. While fighting this fire, Wall Volunteer Fireman, Kenneth Holubec was killed when thrown from the truck. Even at this sad time, the Wall VFD continued to serve the community. Wall VFD has continued to add equipment as necessary to keep up with the growth & changing needs of the community. The department currently has 8 fire apparatus, including the most recent purchase of a 2023 Deep South 3000-gallon Tanker/Pumper.